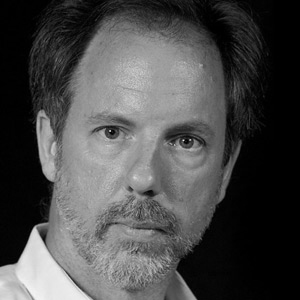 Andrew Csinger is a seasoned technology entrepreneur and advises high technology firms including Tanka Technologies and Blockchain Intelligence Group. Andrew actively pursues university technology transfer opportunities and industry-academic research collaborations. He is director of several non-profits including the Blockchain Ecosystem of BC. Dr. Csinger was Entrepreneur in Residence at the University of British Columbia, and Adjunct Professor in the Cognitive Systems Group, where he divided his attention between fostering entrepreneurialism and lecturing on the subject of Digital Trust. He is a graduate of the INSEAD International Corporate Governance Program (INSEAD IDP-C October 2017) and is a Certified Bitcoin Professional (1df800).

Andrew was EVP and Managing Director at MineSense Technologies Ltd. (www.minesense.com)— a technology company that could play a significant role in transforming the mining industry, and Director of A2B Fiber—a pioneer in participatory communications networks. He was on the Board of advisors of ISSNet, an NSERC funded research network focused on computer and network security. He is a founding member of the Steering Committee for VIVA, the Vancouver Institute of Visual Analytics, initially funded by a grant from the Boeing Corporation, and a Registered Independent Technical Expert for Eurostars, a joint program between Eureka and the European Commission to support international innovative projects led by R&D-performing SMEs. He is a member of the Mitacs Research Council—a committee of the Mitacs Board dedicated to maintaining the research integrity of their programs. Dr. Csinger holds several patents in internet security, biometrics, and related areas.

Earlier in his career, Andrew was EVP of Product Strategy and Development at Seattle-based Dategrity Corp. He was Senior VP and Chief Information Officer of Group Telecom between January 1999 and March 2002. GT’s successful initial public offering took place in March 1999. GT became Canada’s most successful Competitive Local Exchange Carrier, with 400,000 kilometers of fibre optic cable in metropolitan urban rings supporting a range of leading edge services, 1500 employees in offices from coast to coast, a quarter billion revenue run rate and over a billion dollars in financing from various sources.

In 1998, as Vice President of Systems Services and Electronic Commerce at GT Group Telecom, Inc., he operated the first PKI Certification Authority and Repository to be licensed under Washington State Digital Signature legislation. This seminal work influenced the later adoption of federal U.S. law (the Electronic Signatures in Global and National Commerce Act of 2000, or «E-Sign Act»), and was an early model for the adoption by other states of the Uniform Electronic Transactions Act (UETA).

In 1996, he founded Xcert Software Inc., a technology leader in the emerging business of Public Key Infrastructure (PKI). PKI is a robust technical solution to the basic security problems associated with communications on open networks, providing a business and technology platform for the delivery of secure value-added services including modern blockchain platforms. Xcert was acquired in 2001 by RSA Technologies Inc.

Andrew received his Ph.D. and M.Sc. Degrees in Computer Science from the University of British Columbia and a Bachelor’s degree in Electrical Engineering from McGill University. His work on artificial intelligence techniques has been published in journals and conferences around the world. He was a visiting scholar at the German Centre for Artificial Intelligence (DFKI) in Saarbrücken and a Natural Sciences and Engineering Research Council (NSERC) Post-Doctoral Fellow at Simon Fraser University. His research interests continue in the area of user-modeling and identity management.

Dr. Csinger is regularly invited to speak at conferences and events, about technology and its effects on society and business. Andrew has been both mentor and reviewer for the New Ventures BC business plan competition since 2007, and participated in other initiatives such as the Ontario Research Fund review panel for the Premier’s Catalyst Award, the Mitacs Entrepreneurship awards and BCIC Ignite.